The World’s Largest Hindu Temple Isn’t In India… And It Floats On A Swamp! 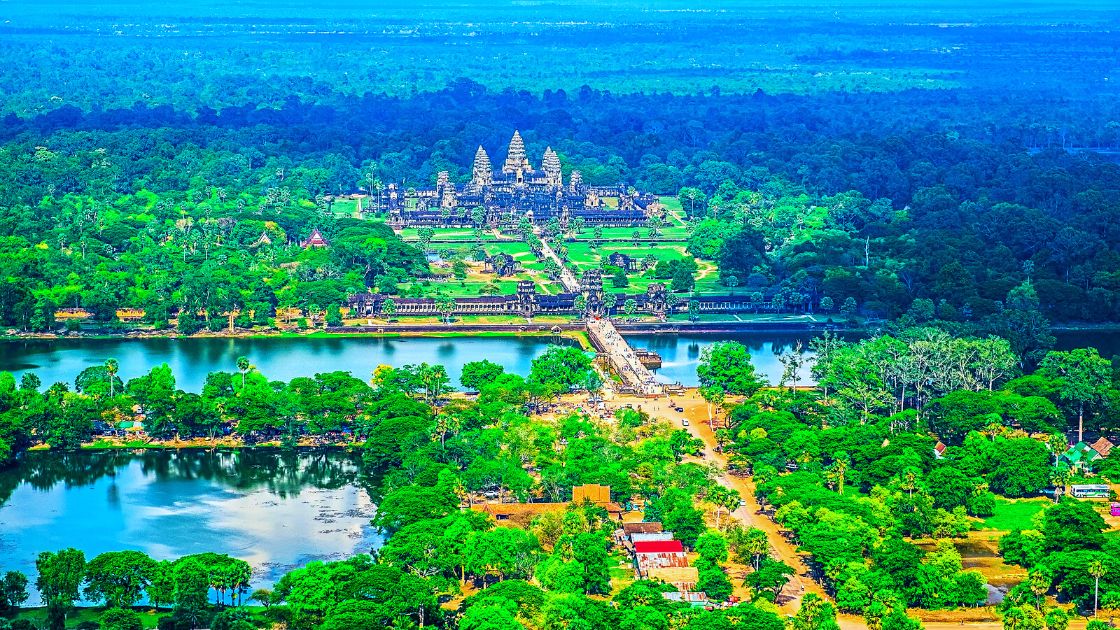 Well, you would be mistaken.

Here are a few clues to help you, and some interesting facts thrown in for good measure.

And The World’s Largest Hindu Temple Is…

Yep, it is Angkor Wat in the South East Asian nation of Cambodia.

Not only that but it is also the world’s largest religious building.

Angkor Wat is actually a temple complex, but the main tower is the best preserved one of the many shrines within the complex.

It was built by King Suryavarman II in the 12th century, it was used as his state temple and also became the place where he was laid to rest – his mausoleum.

It was revolutionary at the time, as the region was predominantly dedicated to Shaivism, the worship of Lord Shiva and Angkor Wat broke with tradition to become the first and most prominent Vaishnav temple in the area.

Its architecture and design were crafted to resemble Mount Meru, the holy mountain in Hinduism where the devas and other deities are believed to reside and was used as the churning rod in the churning of the oceans, Samudra Manthan.

« What Is Mahalakshmi Vrata?

Why Is Thai Pongal Celebrated? »