Why Is Krishna Blue? 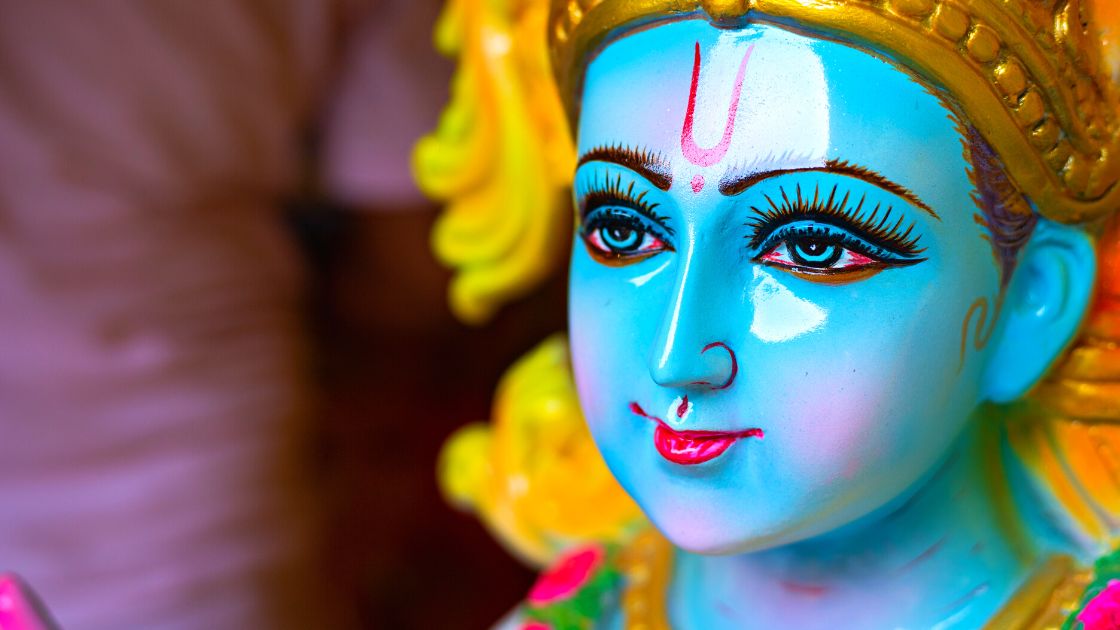 This is something I have wondered since I was a kid and first started learning about Hinduism. Why is Krishna blue? In fact why are many Hindu deities blue?

To be completely honest, when I was young I just assumed it was because looking at artwork, a different skin tone would make him stand out so your eyes are drawn towards him instantly.

But that is a child’s interpretation and there is probably more to it than just that.

Why Is Krishna Blue? Let’s Look At The Truth

The truth is purely and simply that there isn’t any one single definitive answer and can often depend on who you ask. Here are the most common interpretations as to why is Krishna blue.

My own childhood interpretation of it just being an artistic impression to draw attention to Lord Krishna is actually a completely valid school of thought.

But there are several other ideas as well.

There is one theory that Lord Vishnu implanted one black hair and white hair into Devaki’s womb, which got transferred to Rohini’s womb. It is thought that Krishna was born from the blakc hair and Balarama, his brother, from the white.

Lord Vishnu, due to his association with water (for example, he is often depicted reclining on a serpent in the ocean) is usually depicted as blue. As an incarnation of Vishnu, it could just be a symbolic way of depicting this.

It is believed by many that in Hinduism, blue is a colour that represents strength and depth of character. As Lord Krishna, in his time on earth was a protector from evil, it would be natural to assume he should be seen with this representation.

Depicts The Enormity Of God

The sky and the oceans. And you cannot see the whole of either of them from anywhere you stand. Similarly, God is seen as infinite and limitless and so it would be seen as fitting for representations of God to match this.

So there is no single definitive answer but just what you and your beliefs tell you is right.