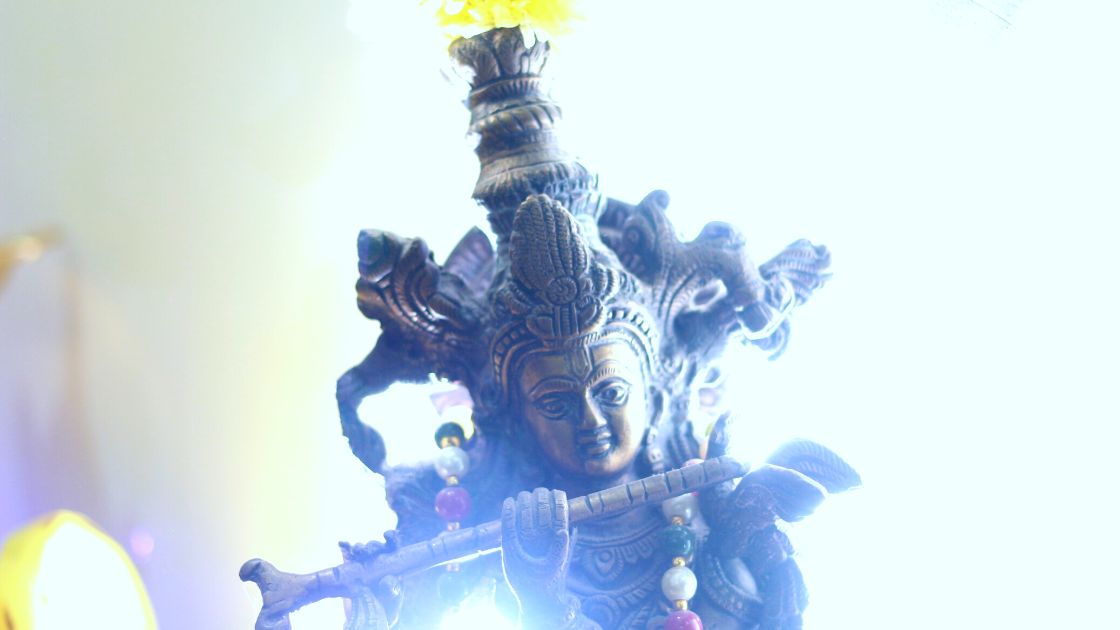 Sudama was a childhood friend of Lord Krishna, and although he came from a poor family, and Krishna from royalty, that did not stop them from being friends.

It is believed that Lord Krishna and Sudama studied together at the ashram of Guru Sandipan, and became close friends during this time. Once they left the ashram, Sudama remained a brahmin while Krishna went on to become royalty.

The years went by, and Sudama was married and settled into a menial brahmin life. His wife one day reminded him of his friendship with Krishna and suggested that he might be the person to help them achieve a better life.

Meeting royalty, Sudama knew he would need to present Krishna with a gift, but had nothing to give. His wife gave him a bag of rice to take with him as an offering. It wasn’t much but it was all that they could afford.

So Sudama set off for Dwarka dressed in his rags, the only clothes he had, carrying his small bag of rice.

When he reached the gates of the palace and explained to the guards that he was a friend of Krishna, they mocked him and wouldn’t let him in. One of the guards did however go to inform Lord Krishna of the arrival of this apparent “friend”.

When the guard told him and mentioned the name Sudama, Lord Krishna dropped everything and ran bare-footed to greet his friend at the gate.

Upon meeting, he gave him a huge embrace as only best friends do and took him into his palace. He sat him on a comfortable seat and began to wash Sudama’s tired feet himself. Looking around the palace at the luxury Krishna lived in, Sudama was embarrassed to offer his menial bag of rice. But Krishna was a bit smarter than that.

He said to Sudama, “I know you wouldn’t have come empty-handed, let me see what you brought for me.” Embarrassed, Sudama took out his bag of rice. Krishna ate it and shared it with his wife, Rukmini.

They dined and enjoyed each other’s company for the rest of the day, and the next day Sudama set off home, empty-handed. Or so he thought.

On his journey home, he thought Krishna hadn’t helped and hadn’t given him anything. But when he reached home, he was completely stunned!

Where his old small hut used to be, was a huge palace and his wife and kids were wearing fine clothes and jewels. Krishna had given him everything he had asked for and more, after all!

« Om Namah Shivaya – Beautiful Mantra By The Voice Of An Angel