Virabhadra Story – How Lord Shiva Killed His Father In Law 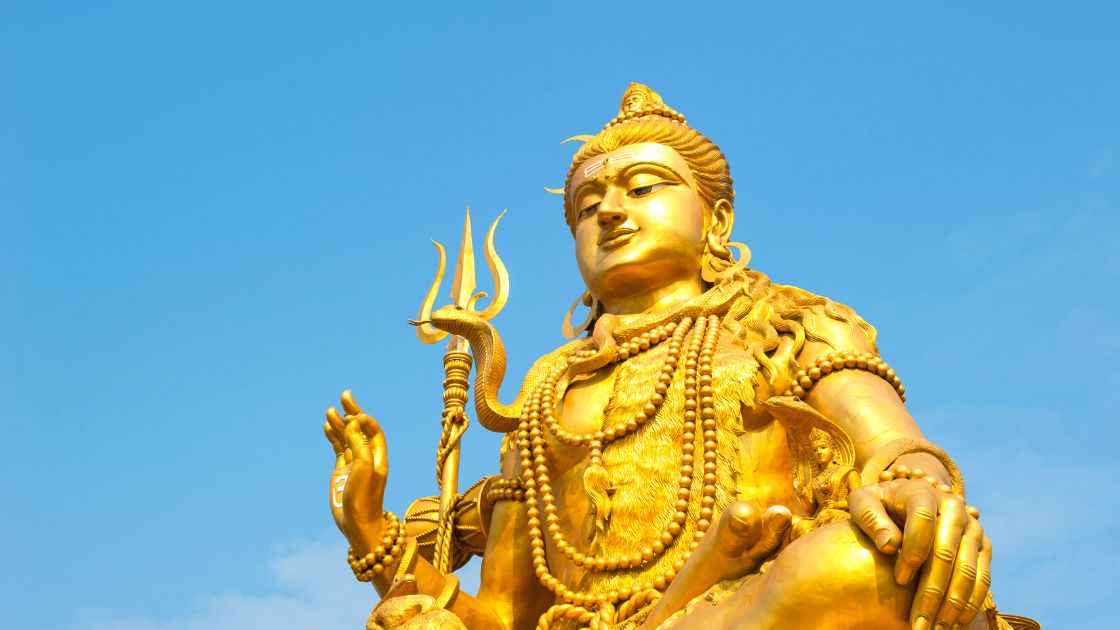 The Virabhadra story is heavily linked to the marriage of Lord Shiva to Sati and the Daksha Yaga. There are a few parts to this story, so we have tried to keep it as simple as possible so that it is concise and easy to understand. 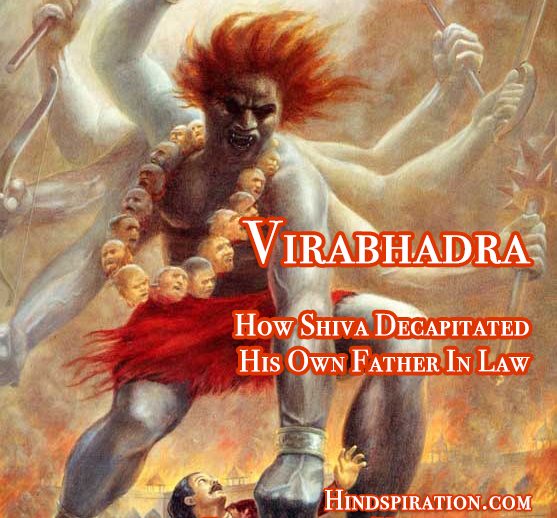 Daksha And His Daughter Sati

Daksha was the son of Brahma and was also regarded as a Prajapati, the king of all men.

Sati grew up as a fiercely loyal devotee of Shiva and had a strong desire to marry him. Daksha never approved of this because of his background of wealth and nobility. Daksha also desired to increase his own power and wealth by marrying his daughter into another royal family.

By contrast, Shiva lived a very simple life, wearing tiger skin, living in isolation on Mount Kailash and with no desire for wealth or material goods.

When Sati came of age, Daksha held a swayamvara for his daughter – a ceremony where she would be able to choose her husband from many suitors. Daksha invited all the gods as well, apart from Shiva.

During the ceremony, Sati was holding a garland for her chosen husband. She threw this garland into the air and called on Shiva to receive it, even though he wasn’t there. Her faith paid off and Shiva appeared to claim the garland.

Daksha was furious about this but had to accept that Sati and Shiva would be married.

Soon after, Brahma held a huge yagna, and invited all the Prajapatis, gods, emperors and kings. Daksha was invited, as were Shiva and Sati.

Shiva didn’t stand because he was following proper etiquette. It gets a little bit technical so I won’t go into detail here but this is the simple version. As Shiva was married to Sati, if he stood up it would have been almost like the son-in-law welcoming the father-in-law into his wife’s home.

Daksha however believed Shiva was insulting him and vowed to insult him in the same manner as revenge.

Daksha decided to hold a yagna as well and invited everyone except Shiva and Sati.

When Sati came to know about the yagna, she insisted that she and Shiva go but Shiva refused, explaining that it is improper to go anywhere without being invited. Sati was insistent, however, that as she was Daksha’s favourite daughter they didn’t need an invitation. Shiva still wouldn’t go, but he allowed Sati to go and take Nandi, his mount, with her.

When she went, Daksha reacted furiously and insulted her and her husband in front of all the guests and dignitaries. Unable to bear the humiliation, Sati threw herself into the sacrificial fire and killed herself. Other guests and dignitaries tried to save her but were unable to get her out of the fire in time.

Upon hearing about what transpired, Shiva became enraged and created Virabhadra from a lock of his matted hair and instructed him to destroy Daksha’s army and kill him. And that is exactly what happened. Powered by rage and out of love for Sati, Virbhadra laid waste to anything that got in his way and destroyed Daksha’s kingdom and decapitated the king.

Brahma and Vishnu both knew that an incomplete yagna was inauspicious and needed to be completed, however, Daksha was dead. They went to Mount Kailash to see Shiva and brought him to the location of the yagna. Completely grief-stricken, Shiva gave permission for the yagna to be completed and a ram’s head was fixed on Daksha’s body to complete the ceremony.

Shiva found the corpse of his wife and carried it away with him. It is believed that parts of her body fell where Shiva was wandering, and the spots where they fell are now the 51 Shakti Peethas (another blog post coming soon).

That is the Virabhadra story. Created out of love and fury to avenge the death of his beloved wife.