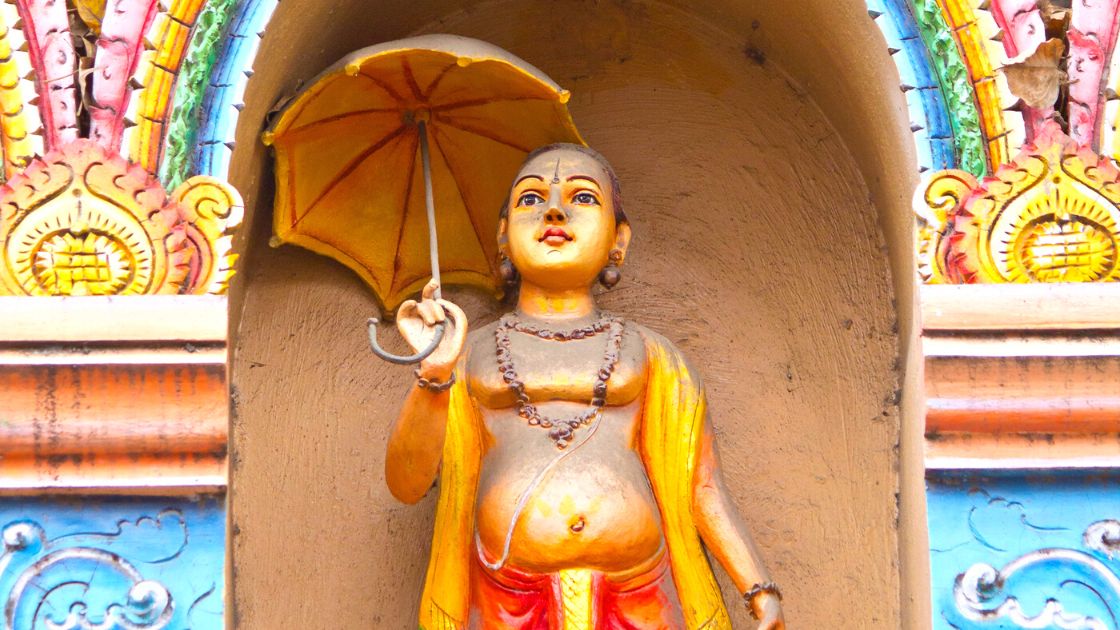 When Prahlad became king of the asuras (demons) after his father Hiranyakashipu was killed by the fourth Vishnu avatar, Narasimha, the asuras became known for their kindness and generosity.

It is disputed whether Mahabali, the asura king in this story, was the son or grandson of Prahlad, but in either case, he carried on Prahlad’s generous and caring ways.

The problem was that he became pompous and arrogant with this display of generosity – in other words, not doing it because it was his duty, but doing it to flex his own ego. 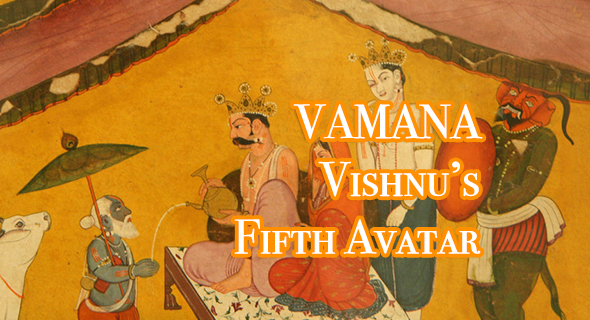 So we have an asura king, who is actually doing some good, but with poisonous intentions. His desire to do good was driven entirely by greed.

This story of Vamana is a classic tale of the divine not taking sides, but preserving the delicate balance of life.

Mahabali gained power and fame through this, so much so that he and his subjects began to forget there was a divine power above them.

The gods became weaker as a result, and Indra went to Vishnu for his help.

Vishnu took the form of Vamana. Vamana is usually seen as a humble dwarf, carrying a wooden umbrella and not much else. The simplicity of his appearance, and being a dwarf, was crucial to his restoring balance.

Vamana went to Mahabali and requested three paces worth of land for him to be able to carry out his prayer rituals and devotion to the gods.

Mahabali’s priest, Sukracharya, suspected something was up and advised him against it, but the king ignored his advice and granted him this wish.

As soon as his request was granted, Vamana took on his true form and grew to an enormous size. With his first step, Vamana extended his reach from the heavens to Earth, and with his second step, from Earth to the nether regions.

Mahabali, realising his error and also that he had nothing else to offer, offered his own head for Vamana to land his third step on.

Mahabali was humbled, and Vishnu was pleased with his generosity. He offered Mahabali complete sovereignty over the nether world, Patala Loka, who accepted.