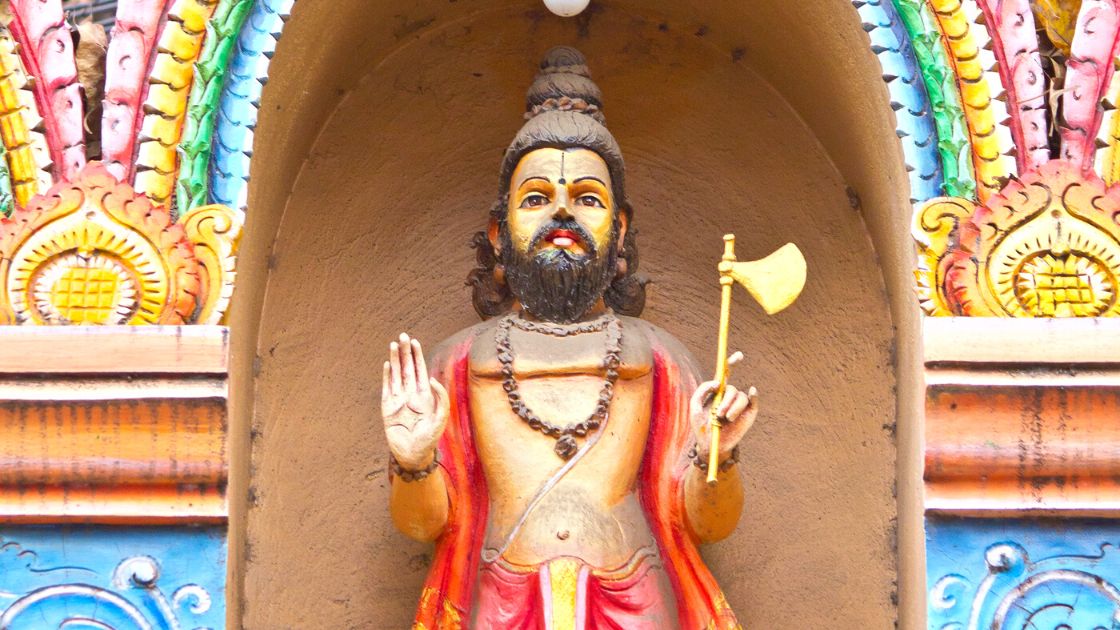 There are three prominent characters in Hinduism with the name Rama. Rama from Ramayana, Balarama (Krishna’s Brother) and Parashurama. Chronologically, Parashurama was the first of the three and his name translates as Rama with an axe.

Born to the sage Jamadagni, thought to be a direct descendant of Brahma, Parashurama was given the name Rambhadra at birth. He was the youngest of five brothers. 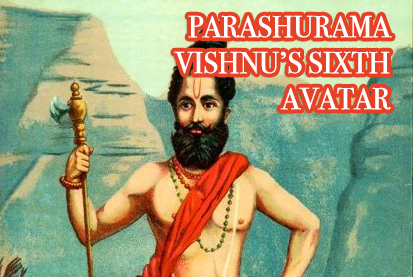 Parashurama Beheaded His Own Mother

There is a story that during his childhood, Parashurama actually beheaded his own mother, Renuka. Renuka was a devoted and chaste wife to Jamadagni. She used to collect water in a clay pot from a nearby river. One day, when she was filled with desire for a brief moment when distracted by a group of Gandharvas, and her clay pot slipped and broke.

Out of fear, she didn’t return home and remained by the river. Jamadagni used his yogic powers to see what happened, and filled with rage, ordered his eldest son to kill her. The son was shocked and refused, so Jamadagni turned him to stone. The same happened with the next three sons. Parashurama was the only one left, and out of loyalty, beheaded his mother.

Jamadagni was impressed by his devotion and offered him two boons – he asked for his mother to be brought back to life and for his brothers to be turned back from stone to flesh.

Parashurama was given his axe, Parashu, by Shiva after a long, intense period of penance and meditation. Shiva was impressed by the intensity and concentration of his devotion and gifted him the axe.

He was later presented with his bow by Indra, after defeating the thousand-armed demon Sahasrarjun. This also gave him immortality.

Parashurama In The Ramayana

With his immortality, Parashurama’s tale is unique in that he played a role in both the Ramayana and the Mahabharata and directly impacted Vishnu’s seventh and eight avatars, Rama and Krishna respectively.

In the Ramayana, as a test of their worthiness to marry Sita, to Sita’s father was presented with Shiva’s bow by Parashurama. Most suitors were unable to lift the bow until Rama took his turn. Not only did he lift it easily, but in the process of stringing it, he snapped it. The sound echoed loudly and disturbed Parashurama’s meditation, and he recognised it immediately.

He confronted Rama and was initially angry, but before a violent encounter could happen, he recognised Rama as his own subsequent avatar and returned to his meditation.

Parashurama In The Mahabharata

Parashurama had a beggar visit him for alms. This beggar was Drona. Having already given away his gold and his land, he was only able to offer his weapons to Drona. Drona went on to become skilled in weaponry and was a figurehead for the Kauravs in the Kurkshetra war.

Parashurama was also a guru and mentor to Karna, who was the Pandavs’ half-brother but fought alongside the Kauravs in the Kurukshetra war. After being deceived by Karna, Parashurama cursed his student that his knowledge would fail him once when he needed it even though he was a devout, diligent student.

During the war itself, Karna had a vision in which Parashurama appeared before him. He pleaded with the avatar of his guru for the curse to be taken back but Parashurama explained that Yudishtra, the eldest of the Pandavs, needed to be king rather than Duryodhana for the sake of world peace and so Karna would need to die at the hands of Arjun.

As a reward for his loyalty, Parashurama blessed Karna with everlasting fame.

So that is the story of Parashurama, one of the lesser-known Vishnu avatars.