The Story Of Ardhanarishvara 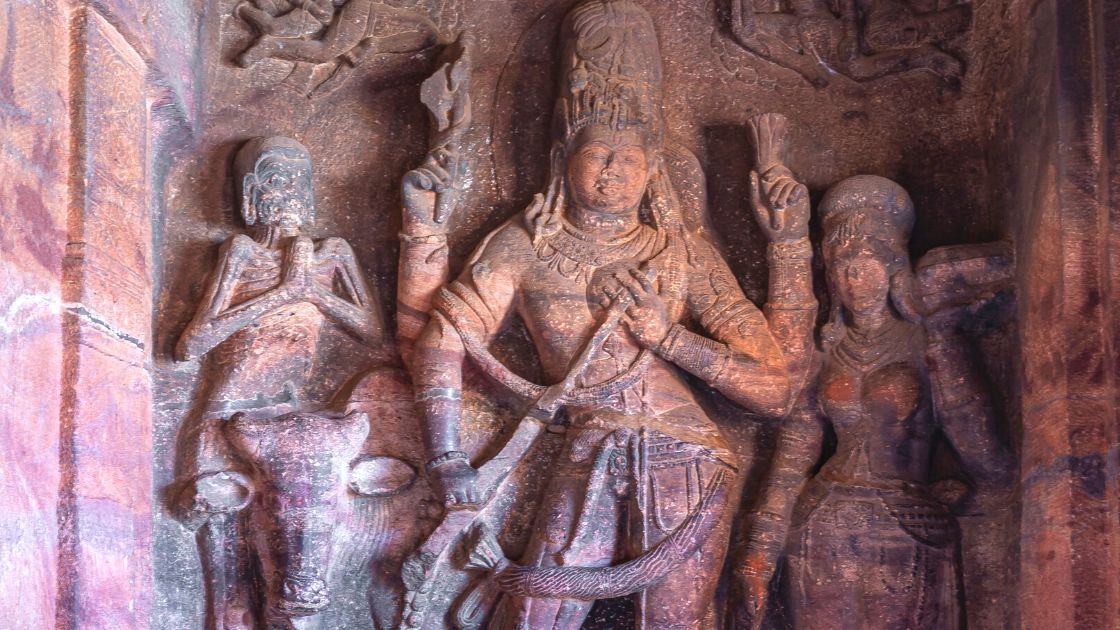 The story of Ardhanarishvara is the representation of Shiva & his consort Parvati, combined as a single entity, showing how male and female are inseparable.

Ardhanarishvara, as a composite of Shiva and Parvati is usually shown as a single entity, split down the middle, with the right half being Shiva and the left half being Parvati. The combined deity dates back to ancient times and is even referenced in the Puranas.

Ardhanarishvara represents the synergy of male and female energies. 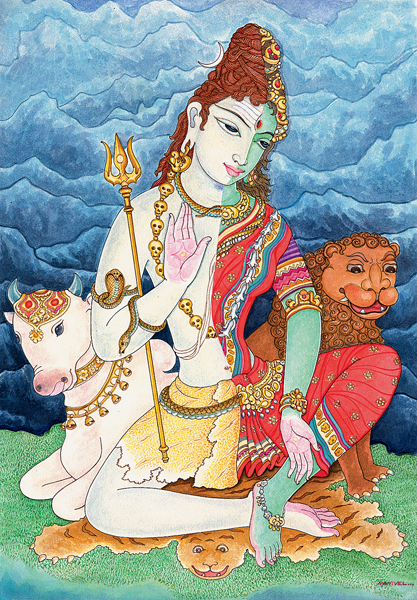 Other Names For Ardhanarishvara

The name Ardhanarishvara translates as ‘the Lord who is a half woman’. Other names include:

Ardhanarishvara may have been conceived due to references in the Vedas of composite beings including Yama-Yami, Vishwaroop, Prajapati and also Agni who was referred to as a “bull who is also a cow.”

Images of Ardhanarishvara began to appear around the 4th century, during the Kushan era, but were much more prominent and effectively perfected during the Gupta period, from the 4th to the 7th century.

What’s even more interesting is the fact that Ardhanarishvara became a prominent figure in Greece around the same time as well. The Greek author Stobaeus, while on a trip to Syria, learned of Ardhanarishvara.

Generally, Ardhanarishvara is shown as Shiva forming the right side and Parvati forming the left side of the deity, with the split down the middle. There are some schools of Shaktism where the sides are reversed.

Male Side Of Ardhanarishvara

The male side is depicted as Lord Shiva is traditionally depicted, with matted hair, a crescent moon and the Ganges flowing from the hair. The male side is usually wearing a leopard skin, which is darker in colour and often Shiva’s mount, Nandi is next to this half.

Female Side Of Ardhanarishvara

The female side is depicted as Parvati is normally shown, with fair skin, a basket-shaped crown, a lotus or flowers in her hair, and a bindi to match Shiva’s third eye. Her mount, a lion, is usually shown to equate to Nandi on Shiva’s side.

The Full Story Of Ardhanarishvara

Ardhanarishvara is referred to in the Mahabharata as Shiva plus an unnamed female half.

Upamanyu praises Shiva rhetorically asking if there is anyone else whose half-body is shared by his spouse, and adds that the universe had risen from the union of sexes, as represented by Shiva’s half-female form. In some narratives, Shiva is described as dark and fair-complexioned, half yellow and half white, half woman and half man, and both woman and man. In Book XIII, Shiva preaches to Parvati that half of his body is made up of her body.

The absolute origin of Ardhanarishvara can be traced to a story in the Skanda Puran, where Parvati asks to become one with Shiva so this form is created.

Another story in the Skanda Puran is where Parvati is kidnapped by a demon named Andhaka, and Parvati takes on the form of Ardhanarishvara to protect herself.

What Does Ardhanarishvara Represent?

Ardhanarishvara shows the inseparability of the male and the female, by showing them united as one entity.

The uniting of male and female forces is the power of creation and what the universe was founded upon.

It conveys that God is both Shiva and Parvati, “both male and female, both father and mother, both aloof and active, both fearsome and gentle, both destructive and constructive” and unifies all other dichotomies of the universe.

Finally, it shows the oneness of the supreme being, the Para Brahman as being neither male nor female, yet being both at the same time.