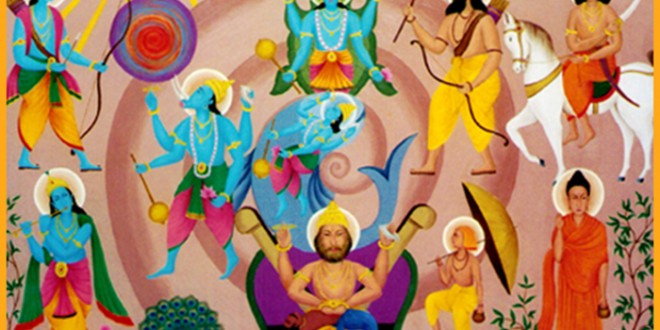 There’s not shortage of people who would say that you can’t mix science and religion. But when you look at Vishnu’s dashavatar and compare it to the progress of evolution, it is hard to believe there isn’t some sort of overlap between them, as this article explains. 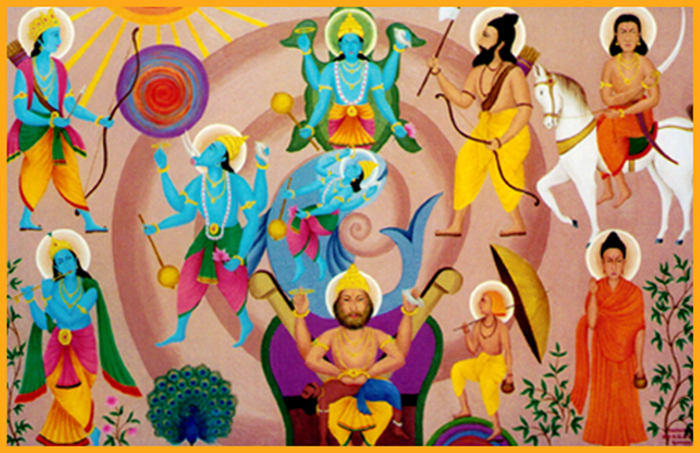 With each of the 10 parts of Vishnu’s dashavatar in sequence, you can trace a line which parallels the evolution of all living things from the first vertebrates that lived in the sea.

The first of the dashavatar was Matsya, who took on the form of a fish. According to evolution, the first life on Earth and the first vertebrates were entirely sea creatures.

The second avatar is Kurma, the turtle, an amphibian.Living beings would have gone through an amphibious stage when transitioning from living in the sea to living on land.

The third avatar of Varaha, the boar who rescued the earth can be taken as representing the early land dwelling animals.

A form that was half-man and half-lion, Narasimha can be interpreted as the early formation of human beings from more primitive animals.

This can be seen as representing early, primitive form of human beings as Vamana was a dwarf.

Parashurama was noted for carrying an axe and being a hunter. Similarly, this could be taken as early man, beginning to develop tools, living in forests and using weapons.

From individual humans spread sporadically, to coming to live together and form communities, we can look at Rama as representing the creation of families, communities and cities.

8. Krishna – The lover and cowherder

Two things which Krishna is well known for is his love for Radha and also being a cowherder. On one hand, creating emotions, feelings, belonging to family, and on the other, practicing farming and animal husbandry – both are key parts of human evolution. You can imagine a lot of political and social advancement through this avatar.

By searching for enlightenment, the story of Gautama Buddha can be taken as representing the mental and spiritual advancement of humans over other living things.

As we all know, with advanced society, comes power and responsibility and corruption and destruction. Kalki, the final avatar that is still expected to appear in future, can be seen to symbolise the destructive force of advanced civilisation.

It is a loose interpretation, but as a symbol for evolution of humanity, I think the dashavatar pretty much hits the nail on the head!

Previous Om Namah Shivaya – Beautiful Mantra By The Voice Of An Angel
Next This Homeless Guy Changes The World With NOTHING In His Pockets. Unbelievable!