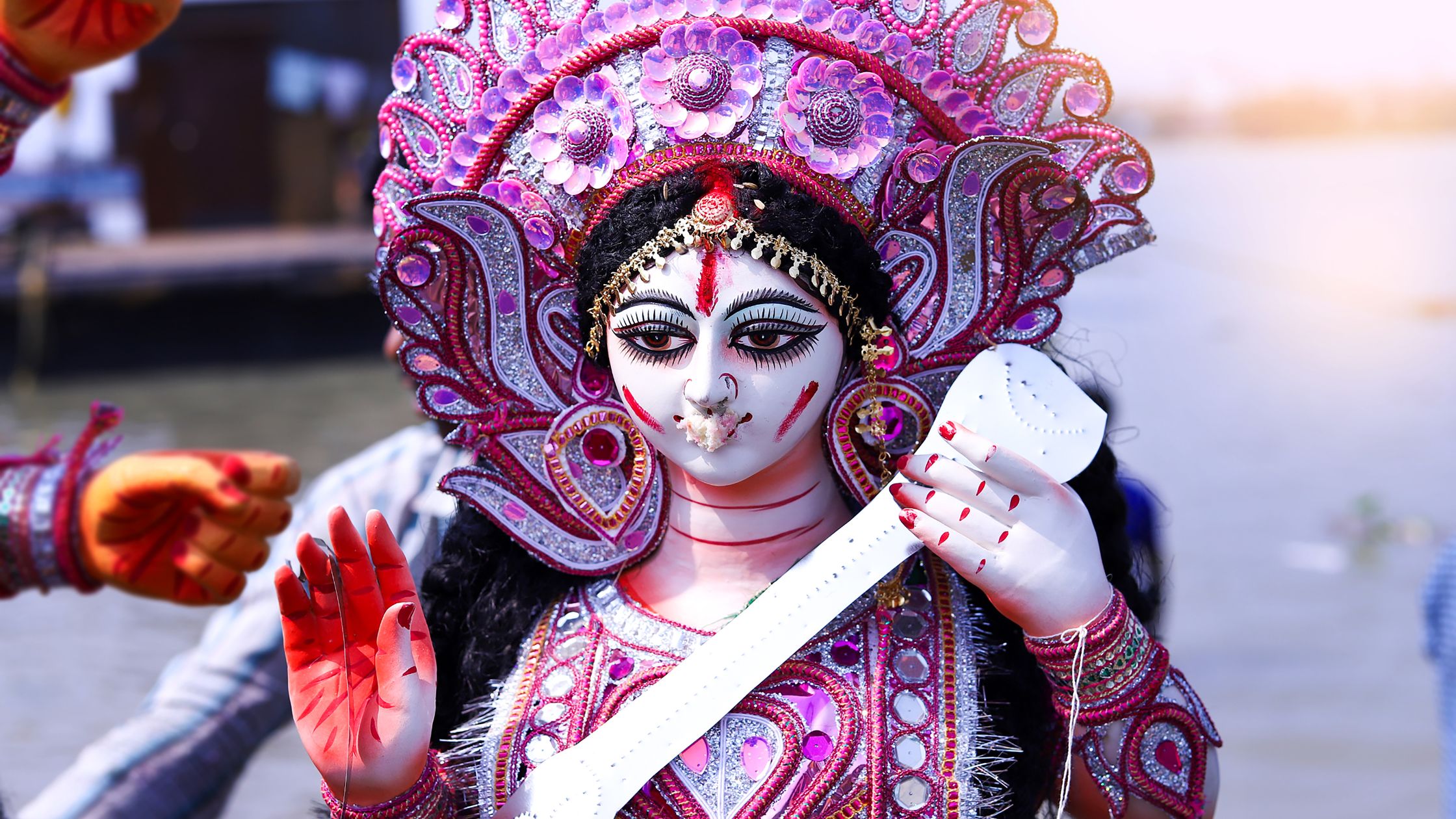 The Saraswati Vandana Mantra Is Recited For Wisdom And Education

There are several different versions and interpretations, but they are all recited for the same purpose – knowledge and higher wisdom.

She, who is as fair as the Kunda flower, white as the moon, and a garland of Tushar flowers; and who is covered in white clothes

She, whose hands are adorned by the excellent veena, and whose seat is the pure white lotus;

She, who is praised by Brahma, Vishnu, and Mahesh; and prayed to by the Devas

The goddess Saraswati is often depicted with four arms, carrying a Veena, which is an ancient Hindu string instrument, and seated upon a white lotus flower.

She is usually depicted dressed in pure white. In Hinduism, white depicts purity and Saraswati dressed in white and being seated on a lotus flower symbolises that she is founded from absolute truth.

The symbolism of purity and simplicity don’t stop there though.

… A swan is often located next to her feet. The sacred bird, if offered a mixture of milk and water, is said to be able to drink the milk alone. It thus symbolizes discrimination between the good and the bad or the eternal and the evanescent. Due to her association with the bird, Saraswati is also referred to as Hansvahini, which means “she who has a hansa / hans as her vehicle”.The peacock is also related to her.

She is usually depicted near a flowing river, which may be related to her early history as a river goddess.

Sometimes a peacock is shown beside the goddess. The peacock represents arrogance and pride over its beauty, and by having a peacock as her mount, the goddess teaches not to be concerned with external appearance and to be wise regarding the eternal truth.

Be sure to check out the Saraswati Vandana Mantra and it may help you in your everyday search for true knowledge.

« Moola Mantra And Its Power