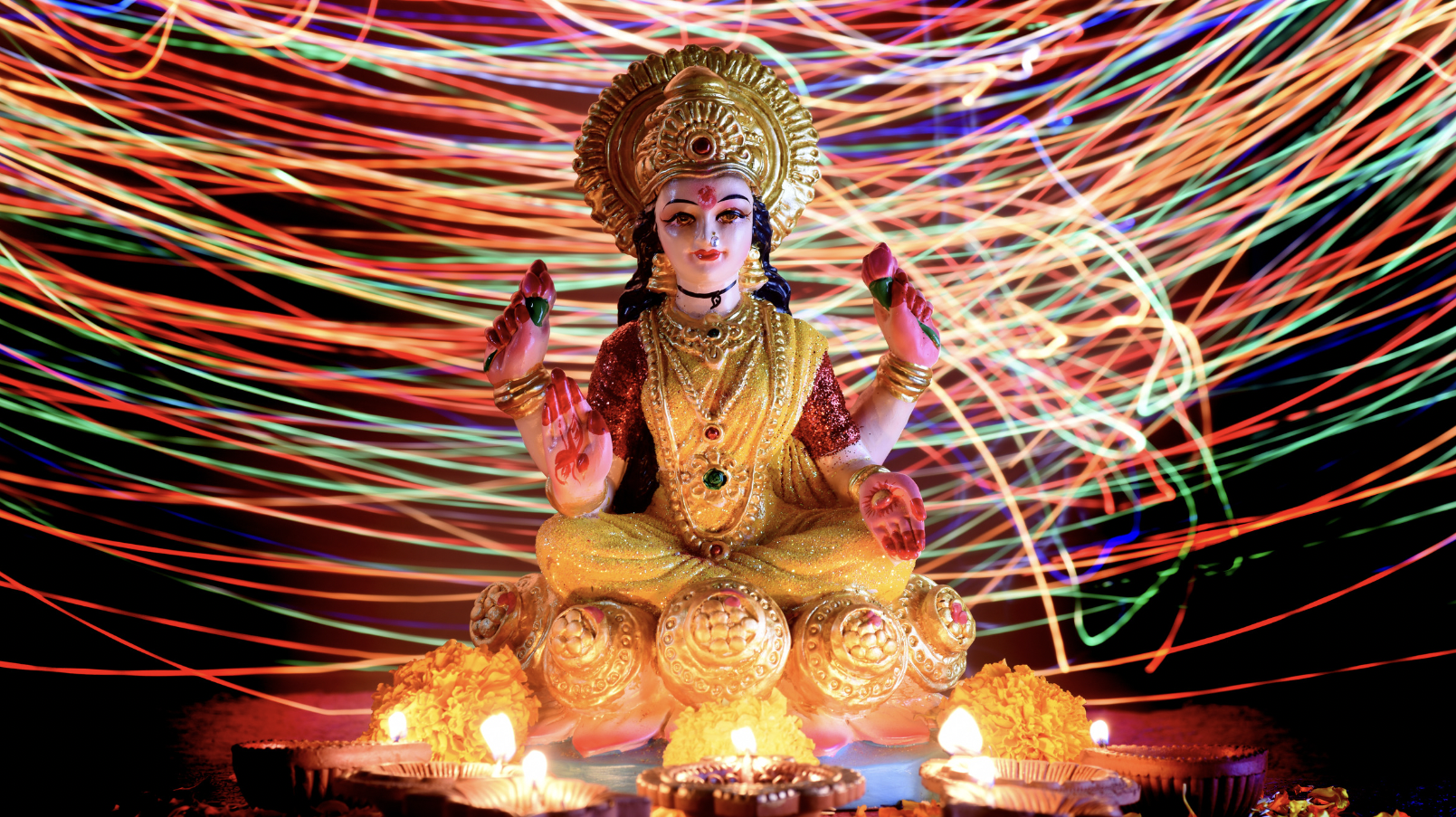 Lakshmi Beej mantra is chanted when seeking wealth and abundance. The goddess Lakshmi is the Hindu deity representing wealth, prosperity, fortune and beauty – all traits which any devout follower would want to openly welcome into their lives.

The Origin Of Lakshmi

This is quite a long topic and the origin of Lakshmi can be debated for some time as the story will differ depending on your source.

In ancient times, the gods were not immortal. In order to gain immortality, they churned the oceans for ambrosia nectar which would grant them eternal life. This episode in Hindu history is known as Samudra manthan.

Between 9 and 14 (depending on which account you read) gems or treasures were also released from the ocean during this process before the nectar was churned out. One of these was the goddess Lakshmi.

Goddess Lakshmi is usually depicted with four arms when on her own and positioned on a pink lotus flower. Her top two arms are usually holding lotus flowers, one of the bottom arms is releasing gold coins, and the other arm is in a blessing-giving position.

When depicted with Lord Vishnu, Lakshmi is usually shown with two arms.

Diwali, the Hindu festival light is associated with Lakshmi and welcoming wealth into the home. It is believed that Lakshmi will not enter a house if dark so lights and lanterns and diyas are lit up to welcome her in.

This is why chanting the Laxmi Beej Mantra is also thought to be a great way of welcoming prosperity into your home and life.

« Ganesh Mantra For Success And Wisdom