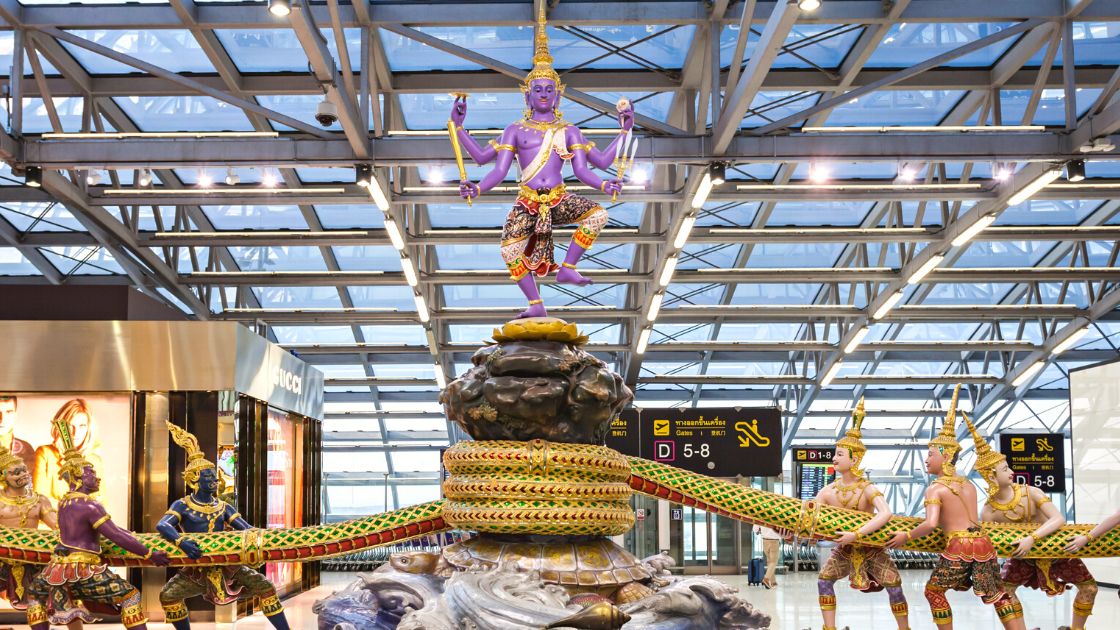 Kurma is usually listed as the second avatar of Lord Vishnu, with Matsya the fish avatar being the first.

To understand the role of Kurma, you will need to familiarise yourself with the story of Samudra Manthan, also known churning of the oceans.

In short, Lord Indra the king of the Gods, and the other Devas were cursed with weakness after offending a powerful sage, and the demon King Bali led an attack and overran the heavenly abode of Indraprastha.

Indra went to Lord Vishnu for help, who encouraged Indra to form an alliance with the demons to churn the heavenly oceans for the nectar of immortality, Amrita. Once released from the oceans, Vishnu said he would ensure that only the devas were able to drink it to regain their strength and the demons wouldn’t get any.

An alliance was formed, and the sacred Mount Meru was used as the churning rod. When the mountain was placed into the ocean, it kept sinking, meaning it was impossible to churn the oceans.

At this point, Vishnu took the form of a turtle, Kurma, and supported the mountain on the back of his shell.

This allowed the devas and the demons to successfully complete the task at hand, and release the Amrita nectar of immortality.

A battle ensued between the two opposing sides as they both scrambled for the pot of nectar, and again Vishnu intervened to protect good from the threat of evil.

His mount, Garuda, was the first to snatch the nectar when it emerged, but the demons managed to get it back from him. At this point, Vishnu took the form of Mohini, his only female avatar, to distract the demons and get the nectar back.

So Vishnu, in his role as preserver and protector, took his second known avatar as Kurma to obtain the nectar, and then as Mohini, preserved it.