Why Do Hindu Gods Have So Many Arms? 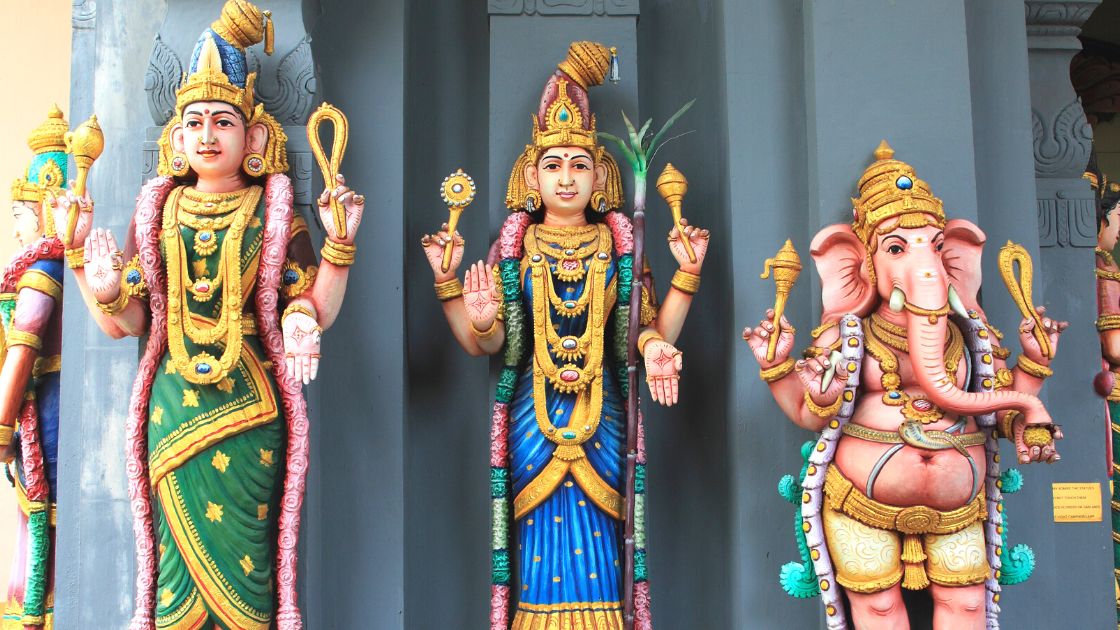 This is probably one of the single most common questions people ask about Hinduism. When I was a kid I just thought it was super cool but as I got older I wondered the same thing. Why do Hindu gods have so many arms?

There is no definitive answer, but there are some schools of thought as to why do Hindu gods have so many arms.

Image worship is a large part of Hindu culture. In ancient scriptures, deities and gods are described in great visual detail.

So when building great temples and places of worship, sculptors and designers came up against this issue where deities were merged or were described as having multiple qualities. So to deal with this issue, ancient temples were built showing deities with multiple arms.

This was largely accepted and became the normal practice in almost all Hindu imagery.

The explanation of why Hindu gods have multiple arms can actually be that simple, but I do like to think it is more complex than that and goes a bit deeper as well.

You can imagine that given the devoutness of most Hindus, particularly in ancient times, having an image of gods which made them look more powerful than humans was important as well.

Having multiple arms or even multiple heads to display their divinity and supreme power over our world was an iconic way of distinguishing from mere mortals and humans.

If you dig a little bit deeper as well, you will see that each arm is there to represent something (these gestures are called mudras).

Where gods are depicted holding weapons or other objects, there is usually a symbolic meaning to that as well.

For example, the goddess Durga is usually shown with 10 arms. The story of her origin is that 10 deities combined their power to create her and each gave her a weapon. Therefore she is depicted with 10 arms, one to symbolise each deity that gave her power.

So the explanation of why Hindu gods have so many arms is actually pretty straightforward and simple.