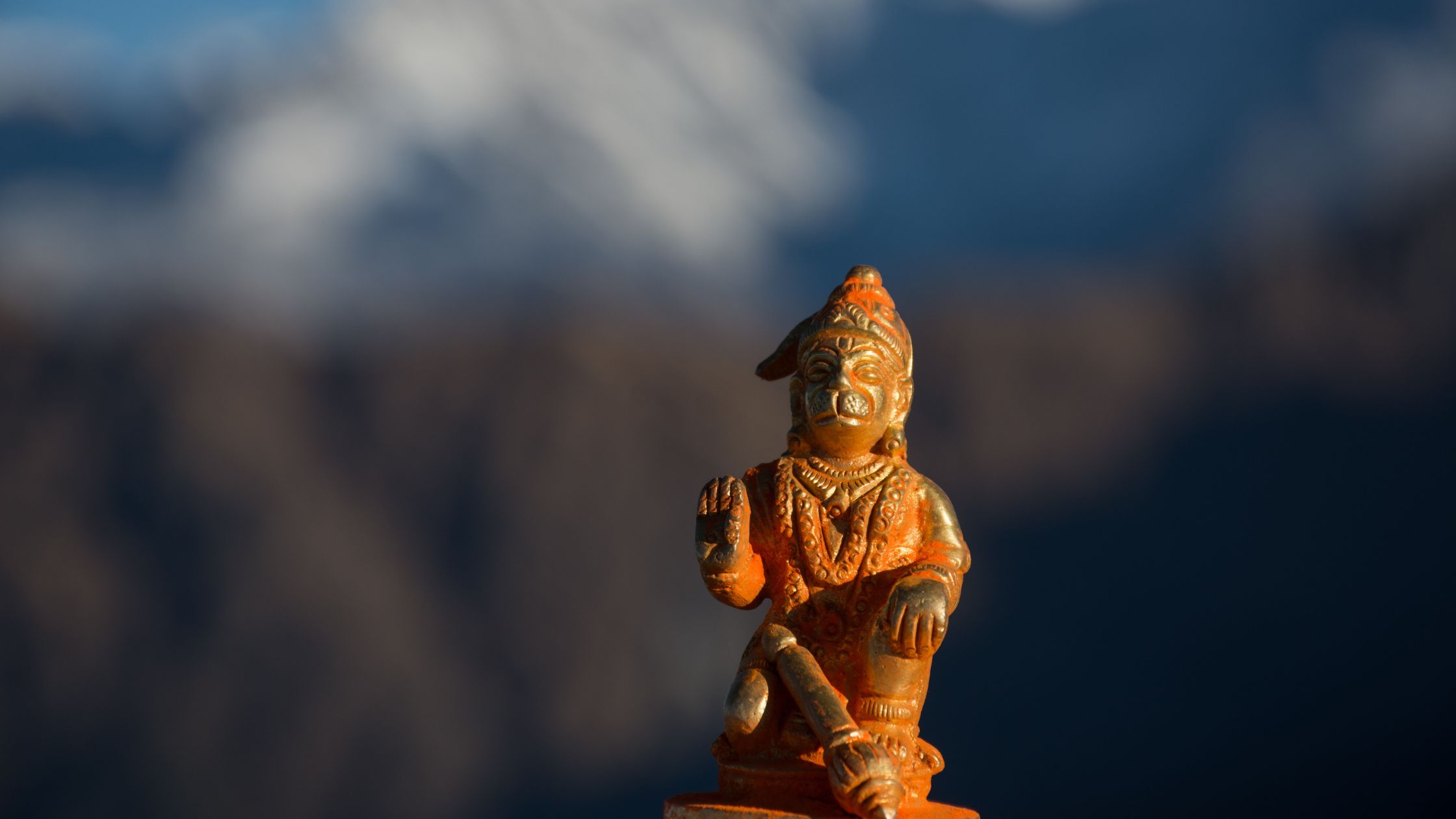 Hanuman Mantra And What It Can Do For You

The Hanuman mantra plays a major role in a Hindu’s day-to-day life. Hanuman is a Hindu god, depicted as a monkey-like humanoid. For simplicity, he is often referred to as the ‘monkey god’ but his role in the two great texts of Hinduism – The Ramayana and the Mahabharata should not be underestimated.

What Is The Hanuman Mantra?

What Does Hanuman Mantra Represent?

Hanuman mantra is chanted for strength, courage, bravery and to face and conquer evils.

The Pillai Center put perfectly what Hanuman himself represents.

According to the Madhava tradition, (Madhava himself is an incarnation of Hanuman), human beings cannot become god- but can rise up to this level of Hanuman.

Dedicate this year to connecting with the archetype of Hanuman for transcendence, strength, power and a life free from ignorance.

How Should You Practice The Hanuman Mantra?

Don’t worry too much about the pronunciation of the Mantra. What counts is your thought, devotion and intent. If you don’t pronounce it right, it isn’t exactly a big deal!

In times of weakness, when you need strength, courage or bravery, just chant the mantra to yourself. You can either say it aloud or recite it to yourself in your mind.

Like I said, it is all about your intent, not just pronunciation.

So when you need a boost to take on the world, try chanting this simple mantra to give yourself some strength and courage.

Moola Mantra And Its Power »