Ganesh Mantra For Success And Wisdom 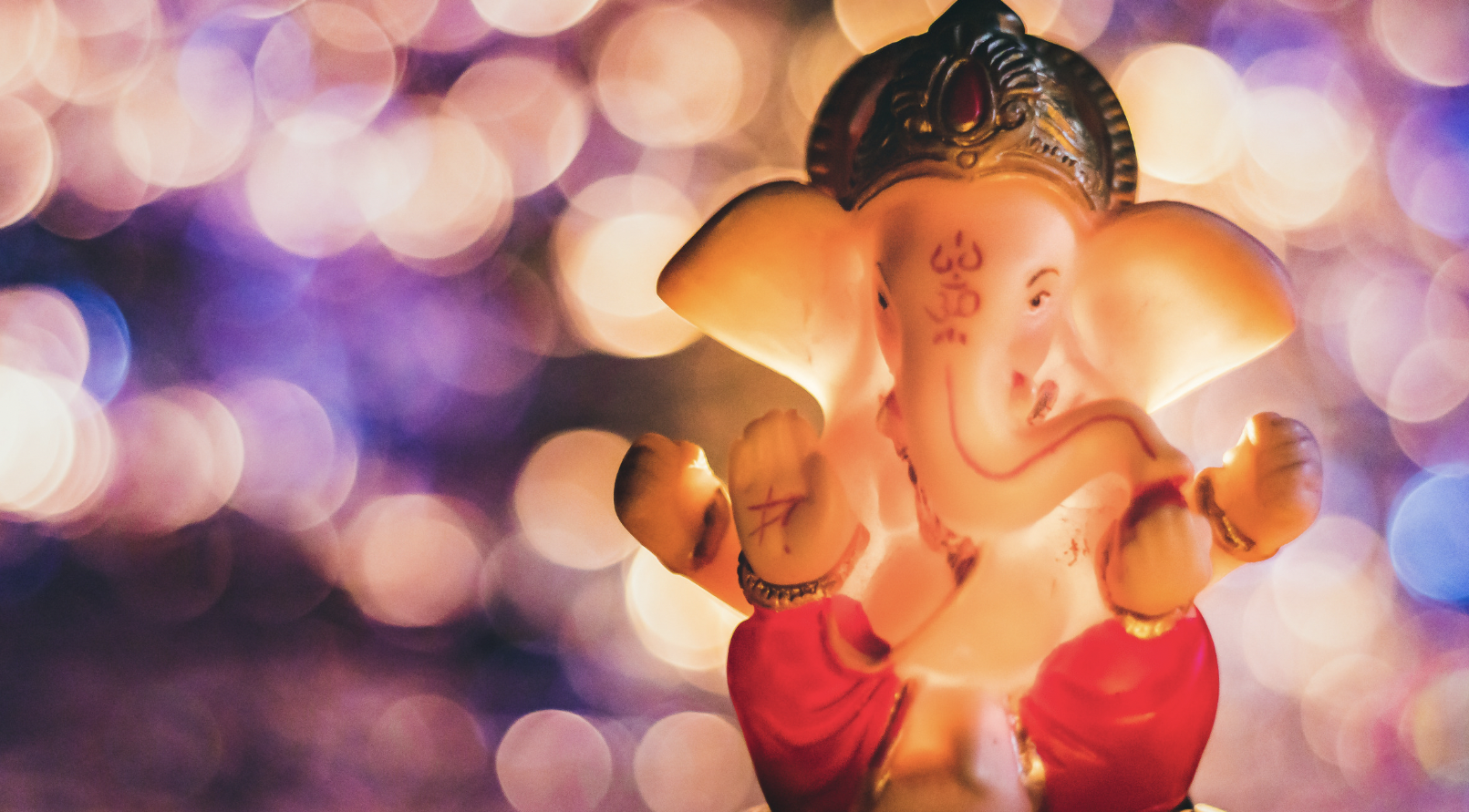 The Ganesh Mantra is recited for removal of obstacles, success and wisdom

Lord Ganesha, the elephant-headed God, is the son of Lord Shiva and his consort Parvati. He was brought to life by Parvati as a guardian, to guard her door against intruders. When he refused to allow Lord Shiva into his own abode, they duelled and Lord Shiva cut off his head.

Upon seeing this Parvati became distressed and angry, and Lord Shiva promised to replace the head with that of the first living thing he could, which happened to be an elephant.

And that is how Lord Ganesha came into being. Ganesh Chaturthi is usually marked to celebrate his rebirth.

He is often represented with four to ten arms, a pot belly, a trunk bent to the side and wearing either red or yellow. He is usually depicted with a rat by his side.

And this is often where the belief in his ability to remove obstacles comes from. As well as being created as a guardian, his trunk is bent to lift obstacles,. His rat companion can creep through small holes to overcome obstacles as well.

What Does Ganesh Mantra Represent?

The Ganesh mantra represents the awakening of our inner consciousness, to take on a positive mindset, use the power of the mind to overcome obstacles and aim for your goals.

In other words, if you choose to focus on your goals instead of focusing on obstacles and challenges in the way of them, the Ganesh mantra can help you achieve them.

So there in a nutshell is the purpose of the Ganesh mantra, how it can help you and also how Lord Ganesh came into being.