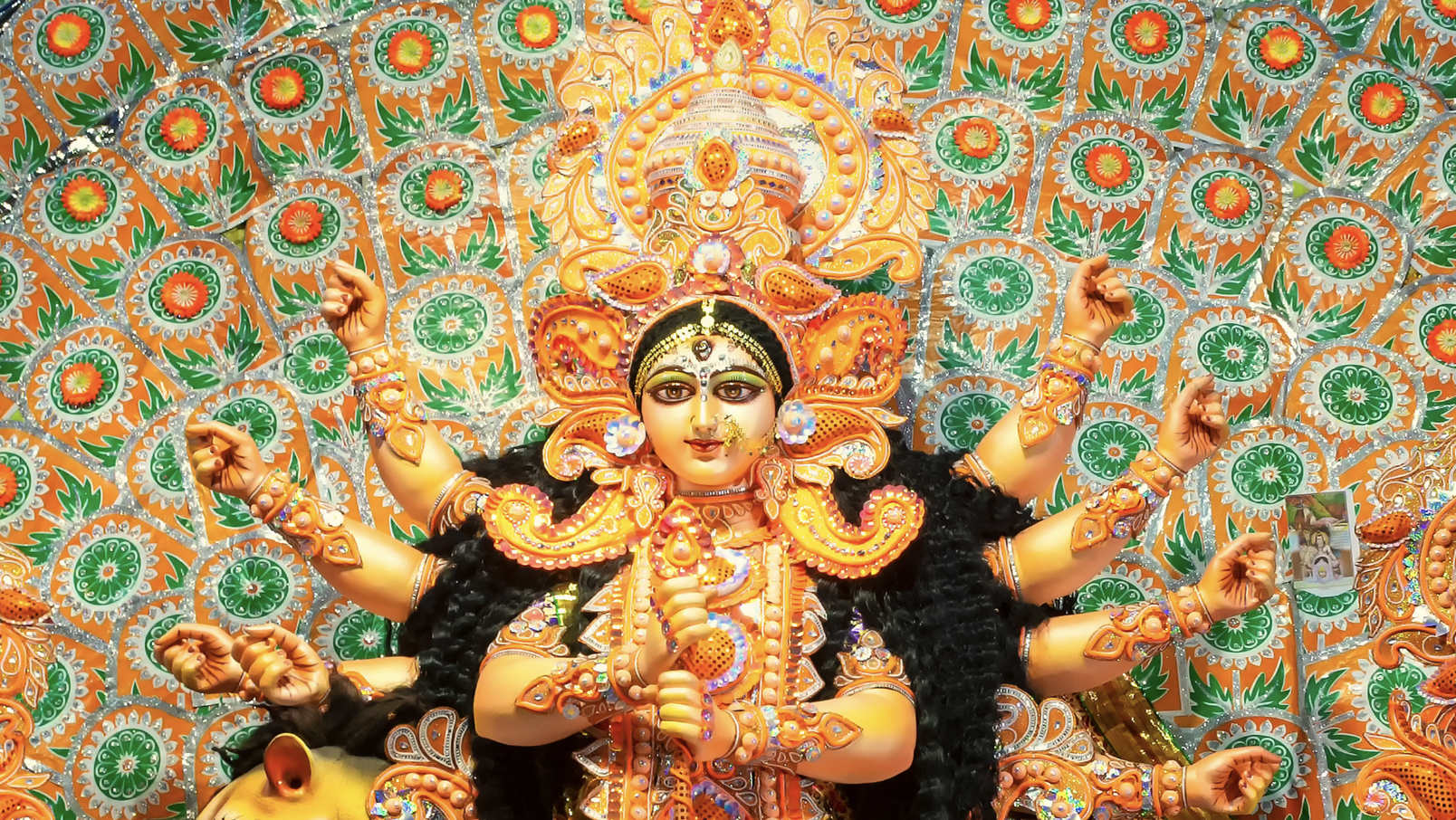 Durga Mantra Is A Powerful Mantra For Protection

To understand Durga mantra and how powerful it can be for you, it is important to understand a bit more about goddess Durga and what she represents in Hinduism.

The goddess Durga is often referred to as the supreme goddess. She was created to slay a demon named Mahisasura.

Mahisasura had been granted a boon by Lord Brahma that no man would be able to kill him, and if he was to die it would only be at the hands of a woman.

Mahisasura was basically invincible against the other gods and deities and took over the throne from Indra, the king of the Hindu gods.

To combat Mahisasura, Lords Brahma, Vishnu, Shiva and the other deities combined their energy and created the goddess Durga and each donated a weapon to her. Eight weapons in total, which is why she is depicted with eight arms.

She rode a fiery lion into battle to take on Mahisasura and eventually slayed him, thereby returning the heavenly abode to the gods.

The fact that she was created from the combined powers of the gods is why she is considered the supreme goddess.

Translation of the Durga Mantra:

“Om and Salutations to that feminine energy which protects from all manner of negative influences.”

Durga is seen as the supreme goddess and protector, so chanting in her name can be used as protection from evil forces.

This is confirmed by GuruDevi:

This mantra is often used for protection against internal or external negative forces.

How To Chant Durga Mantra

As with all mantras in Hinduism, it is really about your intention, chanting and believing with your heart.

Many people chant a mantra 54 or 108 times and use a rudraksha mala (a chain of 108 wooden beads) to help them count.

Have you used chanting the Durga mantra to your benefit before?