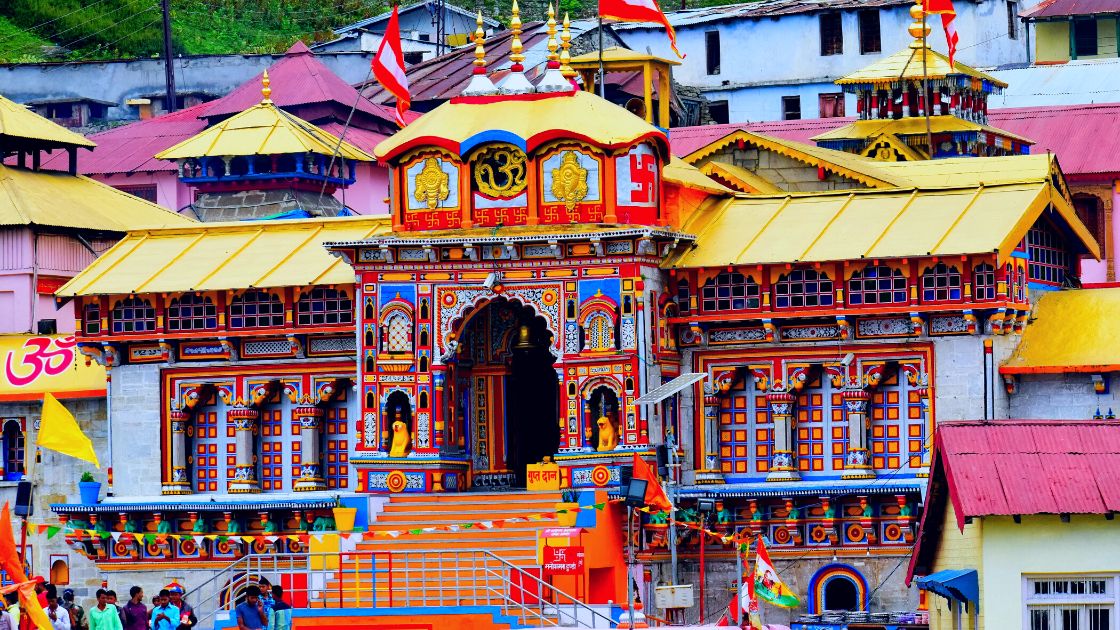 The Char Dham Yatra is a pilgrimage done by Hindus visiting four of the most sacred sites in Hinduism:

It is of major significance as it symbolises the four yugas (ages) of Hinduism, as well as the four Vedas.

Badrinath is a small town in the Northern state of Uttarakhand, with a population of less than 1,000. Yet for a town that size, it receives over 600,000 pilgrim visitors each year.

The main attraction in the town is the Badrinath Temple, which houses an 8-foot black stone statue of Vishnu in the form of Badrinarayan. It is believed by many that this statue was actually self-manifested.

The temple is regarded as a holy site as it is even mentioned in the Vishnu Purana and the Skanda Purana. It is believed that Nar-Narayan, another incarnation of Vishnu did penance there and at the time, the area was filled with plum trees, called Badri.

Next to the temple, there is a sulphur-based hot spring, and many believe bathing in this hot spring is medicinal and should be done on a visit to Badrinath.

The Rameswaram temple, called Ramanathaswamy Temple, is located off the coast of mainland India, on Pamban Island.

The island is of huge significance to Hindus because it is believed that it is from here that Lord Rama built a bridge to Lanka to rescue his wife Sita from the demon Ravana.

It is also believed that on his return, he prayed to Lord Shiva to absolve him of any sins he may have committed during the war. The lingam made of sand that resides in the main shrine to this day is thought to have been made by Sita herself.

Dwarka, located in the state of Gujarat is where the Dwarkadeesh temple is located.

It is a temple dedicated to Lord Krishna, and the name translates as ‘King of Dwarka’. The town is believed to be the kingdom which Krishna found and Vishwakarma built for him.

It is believed that the temple was built by Lord Krishna’s own grandson on top of the remains of his residential palace.

The Jagannath Temple is located in Puri, in the Eastern state of Odisha.

Jagannath translates as “Lord of the universe”.

The story behind this temple and its idols go that the King Indradyumna was in search of an ancient legendary stone that Yama, the lord of death had buried in the Earth when Narayan appeared and instructed him to find a floating log in the ocean to be able to make an image from.

When the king found the right log, he asked Vishwakarma, the god of architecture, to build a glorious temple and Vishnu himself appeared to construct the deities out of the log. He asked simply to not be disturbed until his work was finished.

As time went on, there was no sound coming from the temple and the queen became anxious, so she took the king to see what was happening, as she thought the carpenter may be dead.

They opened the doors and saw Vishnu at work, however, he left as he had been disturbed, leaving the idols unfinished and with no arms. That is why Eastern Indian Jagannath idols are often shown with no arms.

« Is Buddha A Vishnu Avatar?

What Is Mahalakshmi Vrata? »