The Amarnath Yatra Route And Importance 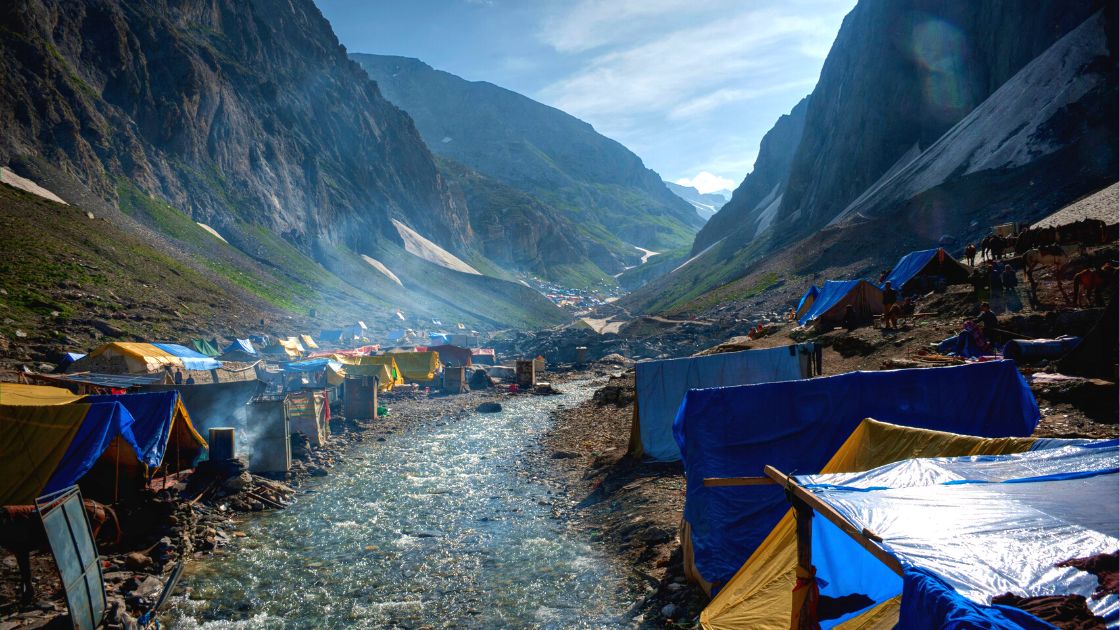 The Amarnath Yatra is one of the holiest pilgrimages a Hindu can take. It is a physically challenging trek that should not be attempted without a decent amount of health.

Several hundred people have passed away due to health issues while attempting this pilgrimage so please look after yourself if you plan to complete this yatra. It can only be attempted during July and August due to local climate conditions.

The Amarnath Yatra leads up to a 40m high open cave which has a naturally formed Shiv Linga from ice inside it.

However, there is a lot more to it than just that.

According to a Hindu legend, this is the cave where Shiva explained the secret of life and eternity to his divine consort, Parvati. 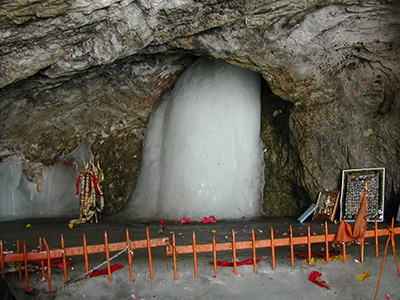 Travelling on foot from the nearest town of Pahalgam can take around 5 days, although there are private taxi and helicopter actions to cover much of the journey as well. The climb up to the cave, however, around 4km, has to be done on foot.

It is believed that Lord Shiva completed this journey on foot with Parvati. The story goes that he left his bull Nandi at Pahalgam and at Chandanwari he released the moon from his hair. At Mahaganus Parvat he left his son Lord Ganesha and at Panjtarni he left the five elements of earth, air, water, fire and sky.

Finally, upon reaching the cave he performed the tandava dance and entered the cave with Parvati.

Before Shiva told the secret of eternity to Parvati, he released a fire to ensure no living thing was near the cave to be able to hear it. Somehow, a couple of pigeon eggs were protected from this fire.

And in modern times, some pilgrims are lucky enough to see 2 pigeons around the caves, thought to be the same two who learned the secret of eternity that day.